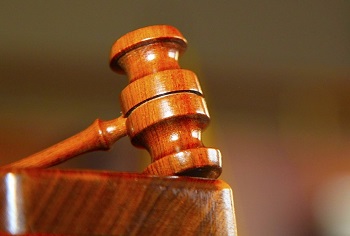 Good afternoon Congressman Grijalva and fellow members of this Committee. My name is Carlos Del Valle and I speak to you as a lifelong constitutional law professor and civil rights attorney.

My statement today is limited to just one concern, but a concern of high importance to all the residents of Puerto Rico. This concern is over how the First Circuit has interpreted PROMESA to automatically stay the prosecution of all civil rights cases brought pursuant to the Civil Rights Act of 1871, 42 U.S.C. sec. 1983. The effect of this First Circuit’s reading is that the citizens of Puerto Rico do not presently enjoy, and will not enjoy during the life of PROMESA, the protection of the Bill of Rights applicable to island residents pursuant to the Insular Cases. By the Bill of Rights, I refer, among others, to the First Amendment’s freedom of speech, of association, of religion, of press, to petition for grievances, to be free of unreasonable search and seizures, to be free of excessive police force, the right to due process and the right to equal protection. In ending, I propose that you remedy this abhorrent situation by inserting a brief amendment to Section 2161 of PROMESA to ensure that Section 362 of the Bankruptcy Code does not exempt Commonwealth officials, even provisionally, from compliance with the Constitution, the Bill of Rights and other federal civil rights laws.

I. THE FIRST CIRCUIT STAY OF SECTION 1983 CIVIL RIGHTS CASES UNDER PROMESA

While Puerto Rico is a territory of the United States subject to the territorial clause,1 an established line of Supreme Court precedents known as the Insular Cases have long held that all the fundamental rights found in the Bill of Rights of the U.S. Constitution protect the residents of the island.2 Thus, while under the territorial clause, Congress has broad latitude in matter of territorial legislation, said latitude “is subject to those fundamental limitations in favor of personal rights which are formulated in the Constitution and its amendments.” Dorr, 195 U.S. at 146

In enacting PROMESA, nothing in its legislative history or text of the law gave grounds to believe that the Insular Cases had been stayed, even provisionally, by PROMESA. For as every first-year law student learns, Marbury v. Madison, 5 U.S. 137 (1803) establishes that the Constitution is primordial, and a Congressional statute cannot override constitutional mandates, particularly those that arise from the Bill of Rights.

In the context of PROMESA, however, this is precisely what the First Circuit has done. On January 24, 2018, in the case of Pabon-Ortega v. Llompart-Zeno et al., the First Circuit stayed the appeal of an underlying Section 1983 First Amendment case on basis of a one-line opinion: “In view of the petition to restructure its debts filed by the Commonwealth of Puerto Rico, this appeal is stayed.”3The Court’s order was unaccompanied by any reasoning or analysis justifying the stay. The First Circuit has since used the same line, again without reasoning or analysis, to stay all other known civil rights appeals that have reach it.4 In addition, the Pabon order has since been cited as authority by the US District Court for Puerto Rico, and other Commonwealth courts, to stay all civil rights filed before them.5

The result of the First Circuit reading of PROMESA is that now and for an indefinite period in Puerto Rico there is not and there will not be any Section 1983 enforcement of civil rights violations by State actors. For this reason, it is necessary that this Committee act.6

II. THERE IS NO JUSTIFICATION FOR THE FIRST CIRCUIT ORDER

There is no legal justification for the First Circuit stay of all civil rights cases. As stated, said order is not grounded in any reason or analysis. While the Court did not state as much, we note that Section 2161 of PROMESA incorporates the automatic stay provision of Sections 362 of the Bankruptcy Code, 11 U.S.C. §§362, and it looks like that the Court mechanically applied Section 362 to stay not merely commercial creditor litigation, but all civil rights cases against Commonwealth officials.

This is error. While PROMESA is modelled on the Bankruptcy Code, other States are not shielded from civil rights action by Section 362 of the Code because States– unlike Puerto Rico under PROMESA – do not enjoy the protection of the Bankruptcy Code and thus are not entitled to the automatic stay provision of Section 362. In any State, what the First Circuit has done here, suspend the judicial prosecution of all Section 1983 civil rights cases – in effect, the Bill of Rights - would be constitutionally unconceivable.

While the First Circuit has offered no rationale for its order, in its briefing the government of Puerto Rico has joyfully endorsed this suppression of the Bill of Rights because, so it argues, allowing § 1983 civil rights action against State officials that breach the Constitution may result in money damages paid out of Commonwealth funds.

There is no substance to this conceit. First, as Marbury provides, obedience to the Constitution overrides compliance with second-tiered socio-economic legislation like PROMESA. It is not as the government would like it: the payment of debts does not trump the people’s rights under the Constitution.

Second, the argument is also wrong because the Eleventh Amendment already shields States from money damages for violation of Section 1983 civil rights. It is black-letter law that the Eleventh Amendment bars suit against a State sued in federal court, as well as suits against state officials functioning as alter ego of the State, when the State is the “real, substantial party in interest and is entitled to invoke its sovereign immunity from suit.” Osborn v. Bank of United States, 22 U.S. (9 Wheat.) 738 (1824); Ford Motor Co. v. Department of Treasury, 323 U.S. 459, 464 (1945). The Supreme Court has declared that Puerto Rico enjoys this Eleventh Amendment immunity, as well as any State.

To enforce the Bill of Rights - that is, “to permit federal courts to vindicate federal rights and hold state officials responsible to ‘the supreme authority of the United States.’” Pennhurst State School & Hosp. v. Halderman, 465 U.S. 89, 105 (1984) (quoting Ex parte Young, 209 U.S. at 160) - the Supreme Court in Ex parte Young, 209 U.S. 123 (1908) crafted the civil rights exemption to the Eleventh Amendment. Thus, pursuant to Ex parte Young, the Eleventh Amendment allows a §1983 action: (a) against state officials in their official capacity for injunctive relief to prospectively comply with the Constitution or other federal law; and (b) against state officials in their personal capacity for damages paid from their own pocket, not from the purse of the State. Hafer v. Melo, 502 U.S. 21 (1991); Edelman v. Jordan, 415 U.S. 651, 663 (1974).7

Finally, the government has argued that the automatic stay applies because regardless of its Eleventh Amendment immunity from damages, the Commonwealth had adopted an indemnity statute that provides for the legal defense and payment of damages of State officers sued in the personal capacity. This argument is also in hollow. Every circuit without fail that has addressed the issue, including the First Circuit, has dismissed it because voluntary indemnity statutes are just that, voluntarily, and not enforceable as a matter of federal civil rights law. If a State, including Puerto Rico, wishes to pay for the legal defense and damages of an official sued in her personal capacity, it is free but not compelled to do so. But said voluntary act does not exempt any State, including Puerto Rico, form otherwise complying with the Constitution and the Bill of Rights.8 Otherwise, States will be able to escape compliance with the Bill of Rights by the facile expedient of adopting voluntary indemnity laws.

Instead of reading PROMESA as allowing the suppression of the Bill of Rights via Section 362 of the Code, we propose an amendment to Section 2161 of PROMESA that will continue to grant Puerto Rico an automatic stay from commercial debt litigation, without sacrificing the enforcement of Section 1983 civil rights actions in Puerto Rico for compliance with the Bill of Rights. Under this proposal, a section would be added to Section 2161 of PROMESA to read as follows:

(g) Nothing in this subchapter is to be interpreted to stay the application of the Civil Rights Act of1871, 42 U.S.C. § 1983, to enforce the Constitution, the Bill of Rights and other federal statutes.

1The Territorial Clause provides “Congress with the "power to dispose of and make all needful Rules and Regulations respecting the Territory . . . belonging to the United States." U.S. Const. art. IV, § 3, cl. 2.

6 The First Circuit’s stay in these cases is of indefinite duration insofar as they do not provide for an expiration date. A review of PROMESA, nonetheless, states that PROMESA shall terminate upon the Board certifying that: (1) the applicable territorial government has adequate access to short-term and long-term credit markets at reasonable interest rates to meet the borrowing needs of the territorial government; and (2) for at least 4 consecutive fiscal years – (A) the territorial government has developed its Budgets in accordance with modified accrual accounting standards; and (B) the expenditures made by the territorial government during each fiscal year did not exceed the revenues of the territorial government during that year, as determined in accordance with modified accrual accounting standards. 48 U.S.C. §2149. Thus, at the very least, the stay may last 4 years, but will likely extend more given that achieving adequate access to credit markets to meet the Commonwealth’s borrowing needs may well require more time than the mere presenting of consecutive compliant budgets. Just recently, the First Circuit found that PROMESA breached the constitutional appointments clause. See Aurelius Investments, LLC, First Circuit Nos. 181671, 18-1746, & 18-1787 (slip op. of February 15, 2019). As is, therefore, the stay of Section 1983 civil rights cases is of an indefinite duration.